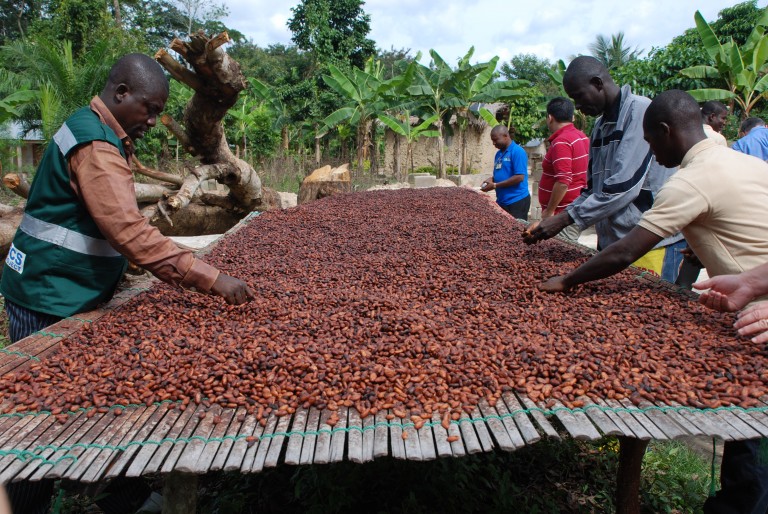 Cameroon and Nigeria requested to join the Cote d’Ivoire-Ghana Cocoa Initiative (CIGCI), a joint body spearheading the interests of the two countries in the cocoa trade, the head of the initiative Alex Assanvo said on Wednesday.

The initiative was set up after a 2018 declaration by Ivory Coast and Ghana, the world’s first and second-largest cocoa producers, on willingness to define a common sustainable cocoa strategy that would raise prices paid to farmers.

It was created with the view of including other African countries.

Representatives from Cameroon and Nigeria were invited to a CIGCI meeting in Abidjan to begin the process of joining the initiative, Assanvo told reporters after the meeting.

“With Cameroon and Nigeria we are going to represent around two-thirds of global cocoa production,” Yves Brahima Kone, chief executive of the Ivory Coast Cocoa and Coffee Council, said at the meeting.

“This will allow us to have more leeway in discussions with the industry on imposing a decent price for our cocoa farmers.”

OPEC: Dangote’s 650,000bpd Facility to Account for More Than Half of Africa’s Additional Refining 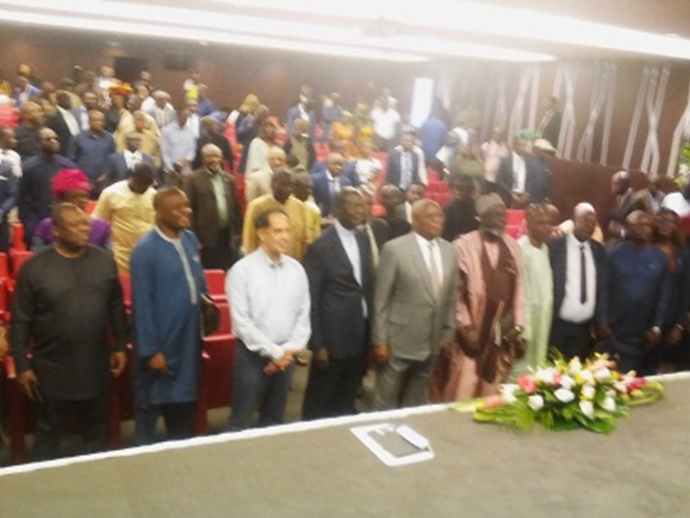 The Commercial Bank of Cameroon brought together economic actors the public and private sectors customers and non-customers alike, start-ups and others, to concert at their third edition of Cameroon Business Forum that held (at the Krystal Palace Hotel) in Douala on Thursday November 3 with the theme “financing agro-industry…” and other subjects and how it can be made the flagship project of reducing dependence on imported goods and then made to chart a resilient economic growth for the future of this country.

Following their motto of “Lets build the future”, the bank expressed their appreciation for the impressive turn-out of the participants and that the forum was, in a wider sense, a place to exchange views, learn from each other and equally create partnerships and find solutions to the common goals of overcoming the challenges faced brought about by the HIV-AIDS, COVID-19 pandemics, and the inflation in the market place brought about by the Russian-Ukraine invasion, and to reduce poverty.

There were a whole series of challenges and suggestions that were discussed, some of which were the question of the acquisition of land to invest in second-generation agriculture which was a daunting task to overcome, the one-man show in the DNA of Cameroonians instead of forming cooperatives which has been a success-story in other parts of the world and equally on the continent, the scarcity of financing and guarantees on investments, bureaucracy, governance and the lack of adequate state participation in its role as facilitator, infrastructural problems, lack of transparency and a host of others. Participants would want to meet with representatives of the related ministries in the fourth edition for these reasons.

The mounting inflation and because no one knows how long it will it take, the continued rise in interest rates making financing more expensive to the investor and more, made participants tilt towards the idea of substituting imported inputs for local products or import substitution, among others. Niko Milianitis of the European Investment Bank (EIB) of the EU said those to assist the import substitution projects are the state multilateral organisations such as the IFAD, FAO, AIDB, EIB, multilateral banks, private foundations, regional banks etc.. Such projects must have sufficient promoter capital, technical expertise, sound managerial capacity, well-developed business plan,

Import substitution is not only to reduce dependence on imported goods but also to export goods produced to other countries to gain foreign currency reserves so it is expected to create jobs and reduce poverty.

In the closing remarks the General Manager Leandre Djummo said “we must continue to seek solutions to or problems. We also have problems to overcome equally with the Ministry of Finance but we will always continue to seek solutions. And the objectives of this forum have been met.”To a senior Consultant Gabriel Eugene Damfeu on the challenges of import substitution, he said as we embrace import substitution we have to look for a corresponding market to export the products. “We are all aware that it is the international market that has the biggest market and we are in the CEMAC Zone, so we have to have the capacity to export, we also have Nigeria as our natural market so producers have to design the plan and the goods to conquer the domestic market. The big return is to invest adequately to have an export capacity. The other problem is to have large production site.. This land problems are usually solved by the state through creations of zones, to have economies of scale or to invest large quantities to reduce cost and meet the challenges of exporting.” 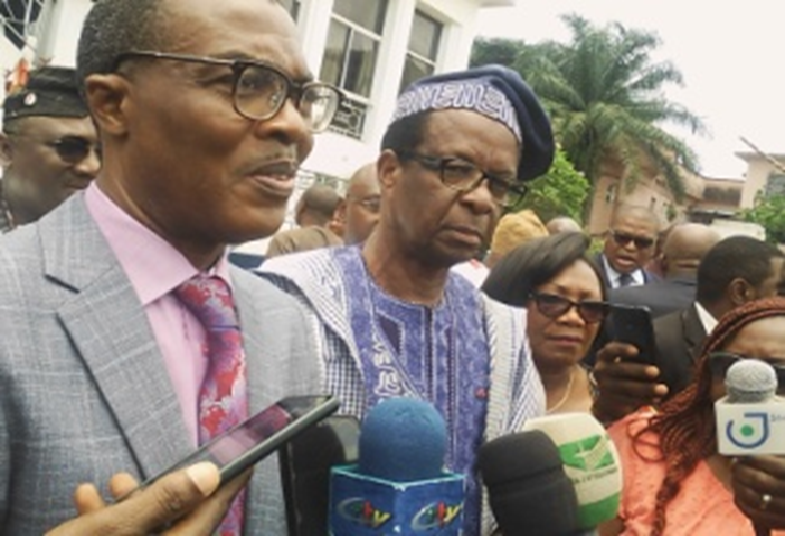 In their visit to the Chamber of Commerce in the economic capital Douala, the African Development Bank has disclosed some internal  reforms in favour of extending adequate financial stimulus to the private sector notably small and medium sized enterprises in Cameroon and the Central African region as a whole.

The Resident Representative of the ADB, Serge N. Guessan, announced that the bank’s consultative visit is also to gather ground-breaking strategies on Cameroon’s future Strategic Document (SD) which is about to expire at this year’s end.

Mr Guessan said emphasis will be laid on their global objectives of structural transformation in order to realize an all inclusive and sustainable economic growth directed especially in the transformation of agriculture or agro-industrialisation, improving human capital and of course governance. The sun of XAF 1.500 billion has been allocated for such development.

He elaborated that the upcoming strategic plan resources will have to be channeled especially in zones which had been largely neglected for years yet have enormous economic potentials such as in the Eastern and Extreme North regions as well as ensuring the regional integration in CEMAC, bearing in mind Cameroon’s potential as the bread basket and economic locomotive of the Central African region.

The ADB financial stimulus plan of eight years (2023-2030) is made up to coincide with Cameroon’s National Development Strategy (SND 30) which is a significant reversal of the bank’s usual five-year development plan.

According to ADB research findings, today in Africa the private sector contributes 70% (percent) of investments and the same on the GDP while it creates 90percent of the workforce or employment.

Honourable Christophe Eken welcomed the ADB stand as a very significant shift in the right direction. He said that agro-industrial projects had always been the centre-piece of the Chamber’s perennial objectives but had always had problems of financing long-term projects when they sought so from commercial banks. The Chamber’s economic actors are multisectoral.

To overcome these challenges, they have learned from the pandemic to promote digitization among its members and other stakeholders. So, a digital platform has been launched whereby they intend to screen the projects of economic operators to insure its authenticity to impact strongly on the developm  ent of communities in Cameroon, before recommending such projects to the ADB, to consider at least 50 percent of their financing, guarantees and the mitigation of risk. 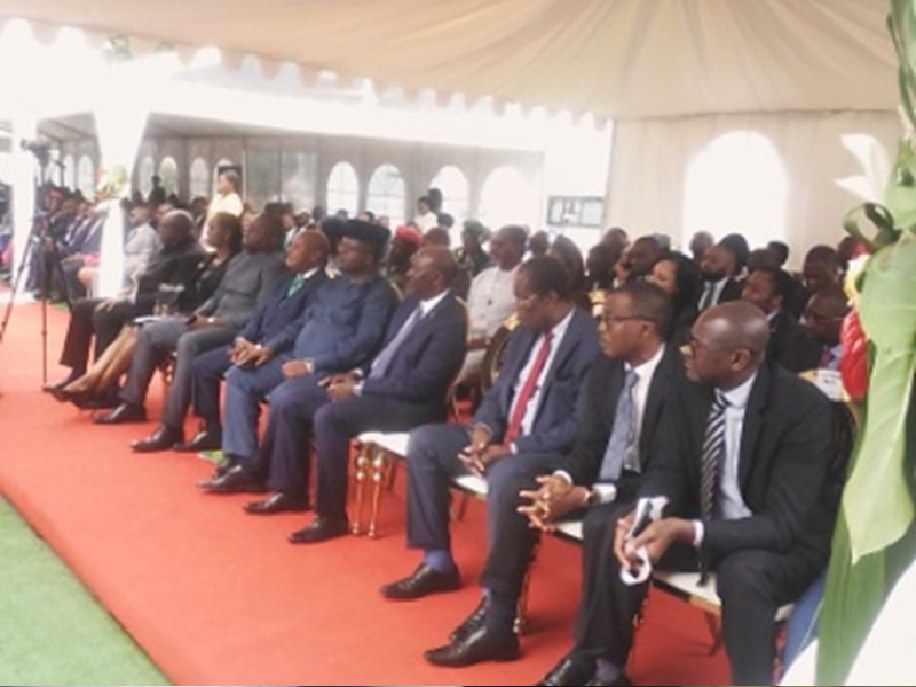 The National Bank of Equatorial Guinea or BANGE Bank in collaboration and through the Central African Stock Exchange or BVMAC, as increased its share capital base by XAF 10.311.000.000 after  50.000 shares were bought at FCFA 206.220 a share.

The announcement was made at a solemn ceremony at the headquarters of the Central African Stock Exchange (BVMAC) on September 28 in Douala, in the presence of the Governor of the Littoral Region Ivaha Diboua Samuel, the President of the African Development Bank, top Management officials of Bange Bank, the President of APPECAM, and senior Officials of Commercial Banks and BEAC, the COSUMAF President and other dignitaries.

Prior to this event, the Central African Banking Commission, as per COBAC decision no. D 2022/091 reached in an ordinary session held in July 13, 2022 in Douala, had cleared BANGE bank to increase its capital. Bange bank is also entering at a time that the ministry of Finance representing the state,  has decided to mobilize the sun of XAF 200 billion through the central African system to sponsor state projects as one of the objectives of the 2022 finance law. BANGE bank through these activities, will be required to use the lending ECMR 6.25% net 2022-29 when engaged in the capital market of BVMAC in Cameroon.

BANGE bank has as capital about XAF 55.8 billion where the state has a majority share of 64% followed by enterprises at 25% and 11% for others. It employs over 600 workers and is one of the biggest in the region.

This new increase in capital of XAF 10.311 billion is said to be the first stage of adding another XAF 40 billion or so to the said capital.

So the question was thrown to no one else but the Board Chair on what all these monies will be used for. Martin Chrisantos Ebe Mba analysed that the upgrading of human capital is at the onus of the bank’s main concerns, so they intend to create the bank’s academy for that purpose and to consolidate their cash basis and reduce risks.

He went on to say that they are determined to internationalise the presence of the bank in America, France, China and of course in Cameroon. He mentioned the building in Akwa and those in Hilton and T-Bella in Yaoundé and another branch to be created in Kribi as part of their expansion projects.

The other part of the capital would be to supply credit to all classes of businessmen who will qualify to have it, for that is what the name BANGE represents, he concluded.

The representative of the ministry of finance, for his part, appreciated the efforts of all those stakeholders who contributed to realize the occasion.